Use Cases and Functional Requirements

Moving Picture, Audio and Data Coding by Artificial Intelligence (MPAI) is an international association with the mission to develop AI-enabled data coding standards. AI technologies have shown that data coding with AI-based technologies is more efficient than with existing technol­ogies.

The MPAI approach to AI data coding standards is by defining Processing Modules (PM) with standard interfaces that are combined and executed within an MPAI-specified AI-Framework. With its standards, MPAI intends to promote the development of horizontal markets of competing proprietary solutions tapping from and further promoting AI innovation.

This document describes the current plan to develop “Integrative Genomic/Sensor Analysis” (MPAI-GSA), an MPAI area of work that uses AI to understand and compress the results of data-rich experiments combining genomic/proteomic and other data, e.g. from video, motion, location, weather, medical sensors.

Chapter 2 explains the MPAI-GSA features, Chapter 3 provides summary information on the advanced IT environment that will execute MPAI-GSA applications and Chapter 4 identifies the items that will likely be the object of the MPAI-GSA standard.

The framework consists of an API providing access to data and a protocol to specify a computation (or application) based on the data. Data can be:

The API provides uniform access to data; in particular, it standardises the definition of the semantics of the different data sources.

So far, the following application areas, ranging from personalised medicine to smart farming, have been considered:

Most MPAI applications considered so far can be implemented as a set of AIMs – AI/ML and even traditional data processing based units with standard interfaces assembled in suitable topologies to achieve the specific goal of an application and executed in an MPAI-defined AI Framework. MPAI is making all efforts to iden­tify processing modules that are re-usable and upgradable without necessarily changing the inside logic.

MPAI plans on completing the development of a 1st generation AI Framework called MPAI-AIF in July 2021.

The MPAI-AIF Architecture is given by Figure 1

In this chapter we detail the four application areas. A list of AI Modules (AIMs) required across the different areas is also identified, and a first level of definition of the interfaces provided. Given that – unlike other MPAI standards – we are defining a framework where to implement applications rather than a list of applications, specifying the interfaces and a way to implement computations is sufficient to get to a full specification of the standard – the list of AIMs is only informative.

Notably, in the next sections we follow the categorisation of input data (primary, secondary and meta-) explained above. In particular, we separate primary modules, for which only data access is provided, from secondary modules – the latter implement full API and computational access.

In one possible realisation of this use case, one would like to correlate a list of genomic variants present in humans and having a known effect on health (metadata) with the variants present in a specific individual (secondary data). Such variants are derived from sequencing data for the individual (primary data) on which some variant calling workflow has been applied. Additional information derived from transcriptomics (RNA-sequencing, secondary data) might be taken into account. The list of variants could potentially be used to get to a personalised therapy.

Notably, there is an increasing number of companies doing just that as their core business. Their products differ by: the choice of the primary processing workflow (how to call variants from the sequencing data for the individual); the choice of the machine learning analysis (how to establish the clinical importance of the variants found); and the choice of metadata (which databases of variants with known clinical effect to use).

Figure 2 – A usage example of Integrative analysis of ‘omics datasets

As an example we take single-cell RNA sequencing. The primary data sources is RNA-sequencing performed at the same time on a number (typically hundred of thousands) of different cells – while bulk RNA sequencing mixes together RNAs coming from several thousands of different cells, in single-cell RNA sequencing the RNAs coming from each different cell are separately barcoded, and hence distinguishable. The DNA barcodes for each cell would be metadata here. Cells can then be clustered together according to the expression patterns present in the secondary data (vectors of expression values for all the species of RNA present in the cell) and, if sufficient metadata and spatial information is present, clusters of expression patterns can be associated with different types/lineages of cells – the technique is typically used to study tissue differentiation. A number of complex algorithms exist to perform primary analysis (statistical uncertainty in single-cell RNA-sequencing is much bigger than in bulk RNA-sequencing) and, in particular, secondary AI-based clustering/analysis. Again, expressing those algorithms in terms of MPAI-GSA would make them much easier to describe and much more comparable. External commercial providers might provide researchers with clever modules to do all or part of the machine learning analysis.

Figure 3 – A usage example of Genomics and Phenotypic/spatial data

In a typical application of this use case, one would like to correlate animal behaviour (typically of lab mice) with their genetic profile (case of knock-down mice). Another application might be correlating genetic variants with the reaction to drug administration (typically encountered in neurobiology), possibly monitored in real-time with functional MRI scans. Hence primary data would be video data from cameras tracking the animal and/or data from an MRI scanner; secondary data would be processed video data in the form of primitives describing the animal’s movement, well-being, activity, weight, etc.; and metadata would be a description of the genetic background of the animal (for instance, the name of the gene which has been deactivated) or a timeline with the list and amount of drugs which have been administered to the animal. Again, there are several companies providing software tools to perform some or all of such analysis tasks – they might be easily reformulated in terms of MPAI-GSA applications. 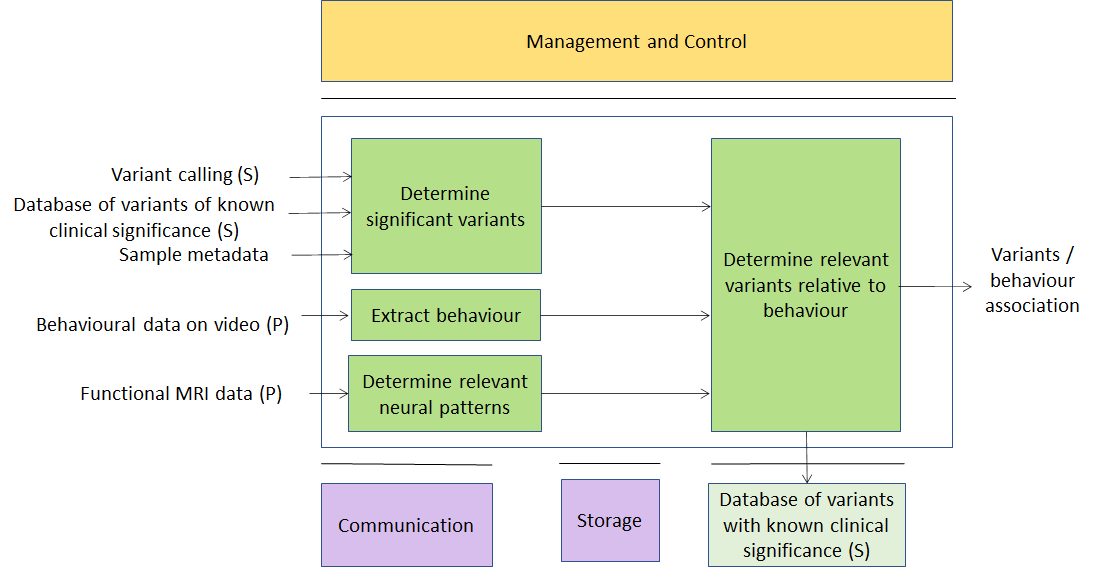 Figure 4 – A usage example of Genomics and Behaviour

During the past few years, there has been an increasing interest in data-rich techniques to optimise livestock and crop production (so called “smart farming”). The range of techniques is constantly expanding, but the main ideas are to combine molecular techniques (mainly high-throughput sequencing and derived protocols, such as RNA-sequencing, ChIP-sequencing, HiC, etc.; and mass-spectrometry – as per the ‘omics case at point 2) and monitoring by images (growth rate under different conditions, sensor data, satellite-based imaging) for both livestock species and crops. So this use case can be seen as a combination of cases 2 and 4. Primary sources would be genomic data and images; secondary data would be vectors of values for a number of genomic tags and features (growth rate, weight, height) extracted from images; metadata would be information about environmental conditions, spatial position, etc. A growing number of companies are offering services in this area – again, having the possibility of deploying them as MPAI-GSA applications would open up a large arena where academic or commercial providers would be able to meet the needs of a number of customers in a well-defined way.

The modules presented in the previous section are very high-level, and typically, each one of them might correspond to complex analysis methods implemented in terms of a number of simpler AIMs. For instance, in a real-life scenario the block “Determine significant variants” in Figure 3 would correspond to a complex “pipeline”, in bioinformatics jargon, involving the use of a number of algorithms and programs. In addition, several methods to implement the same block would typically exist and be accepted in the literature.

MPAI-GSA does not really concern itself with the implementation of each module – it only defines:

While ideally (2) is done by taking advantage of the functionality offered by MPAI-AIF, (1) requires a number of external data formats and sources to be described and understood by the MPAI-GSA. This is done in the next section.

4.3       Main low-level use cases and their input/output data categories

In this section, we offer a collection of input/output data categories that are likely to be needed in order to support the high-level use cases presented so far. We enumerate them based on a list of low-level use cases, corresponding to more basic AIMs that would be relevant to each areas of application of MPAI-GSA.

Consistent with the general structure of MPAI-GSA, we follow the categorisation of input data as primary, secondary, and metadata. In particular, we separate primary modules, for which only data access is provided, from secondary modules – the latter implement full API and computational access.

The data categories identified in the last section can be summarised in the next table.

The document in its current form is work in progress. MPAI intends to add more details to the existing and to add more usage examples to be covered by the future MPAI-GSA standard.

When the document will be considered sufficiently mature, MPAI will issue a Call for Technol­ogies requesting MPAI members and the industry to submit proposals for: