MPAI’s standards development is based on projects evolving through a workflow extending on 6 + 1 stages.

A project progresses from one stage to the next by resolution of the General Assembly.

The stages of currently active MPAI projects (MPAI-11)  are graphically represented by Figure 1.

Artificial Intelligence Framework (MPAI-AIF) enables creation and automation of mixed ML-AI-DP processing and inference workflows for the application areas work currently considered at stages 1, 2 and 3 of the MPAI work plan. MPAI-AIF will be extended to support new applications areas if the need will arise.

The said areas of work share the notion of an environment (the Framework) that includes 6 com­ponents – Management and Control, Execution, AI Modules (AIM), Communication, Storage and Access. AIMs are connected in a variety of topologies and executed under the super­vision of Management and Control. AIMs expose standard interfaces that make them re-usable in different applications. Figure 2 shows the general MPAI-AIF Reference Model.

Stage 6 is expected to be reached in October 2021.

Context-based Audio Enhancement (MPAI-CAE) improves the user experience for several audio-related applications including entertainment, communication, teleconferencing, gaming, post-production, restoration etc. in a variety of contexts such as in the home, in the car, on-the-go, in the studio etc. using context information to act on the input audio content using AI, processing such content via AIMs, and may deliver the processed output via the most appropriate protocol. 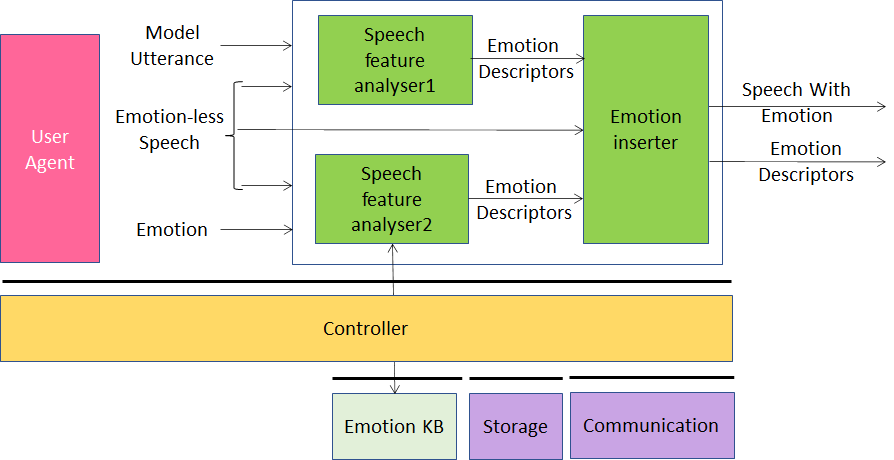 Stage 6 is expected to be reached in October 2021.

So far, 3 Use Cases have been identified for MPAI-MMC: Conversation with emotion, Multimodal Question Answering (QA) and Personalized Automatic Speech Translation.

Figure 4 addresses the Conversation with emotion Use Case.

Figure 4 – An MPAI-MMC Use Case: Conversation with emotion

Stage 6 is expected to be reached in September2021.

MPAI-CUI requires standardisation of all data formats to be fed into an AI machine to extract information that is relevant to the intended use. Converted data undergo a further conversion and are then fed to specific neural networks. This is depicted in Figure 5.

Figure 5 – The MPAI-CUI Use Case

Stage 6 is expected to be reached in September2021.

Server-based Predictive Multiplayer Gaming (MPAI-SPG) aims to minimise the audio-visual and gameplay discontinuities caused by high latency or packet losses during an online real-time game. In case information from a client is missing, the data collected from the clients involved in a particular game are fed to an AI-based system that predicts the moves of the client whose data are missing.

AI-Enhanced Video Coding (MPAI-EVC) is a video compression stan­dard that substantially en­hances the performance of a traditional video codec by improving or replacing traditional tools with AI-based tools. Two approaches – Horizontal Hybrid and Vertical Hybrid – are envisaged. The Horizontal Hybrid approach introduces AI based algorithms combined with trad­itional image/video codec, trying to replace one block of the traditional schema with a machine learn­ing-based one. This case can be described by Figure 8 where green circles represent tools that can be replaced or enhanced with their AI-based equivalent. 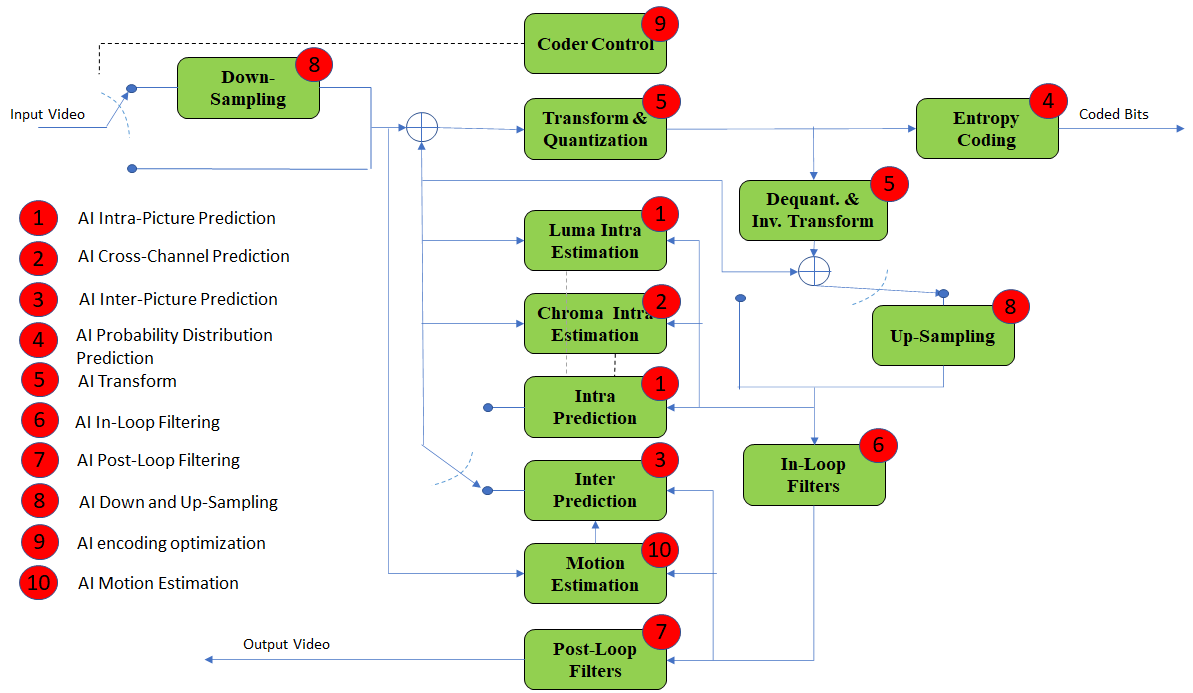 Figure 8 – A reference diagram for the Horizontal Hybrid approach

The Vertical Hybrid approach envigaes an AVC/HEVC/EVC/VVC base layer plus an enhanced machine learning-based layer. This case can be represented by Figure 7.

Figure 9 – A reference diagram for the Vertical Hybrid approach

So far, MPAI-GSA has been found applicable to 4 Use Areas (collections of compatible Use Cases):

Connected Autonomous Vehicles (CAV) is a standard project seeking to standardise thel components that enable the implementation of a Connected Autonomous Vehicle (CAV), i.e., a mechanical system capable of executing the com­mand to move its body auronomously – save for the exceptional intervention of a human – based on the analysis of the data produced by a range of sensors exploring the environment and the information transmitted by other sources in range, e.g., CAVs and roadside units (RSU).

The current focus is on Avatar videoconference in a local 3D audio-visual space of which Figure 11 is a subsystem. 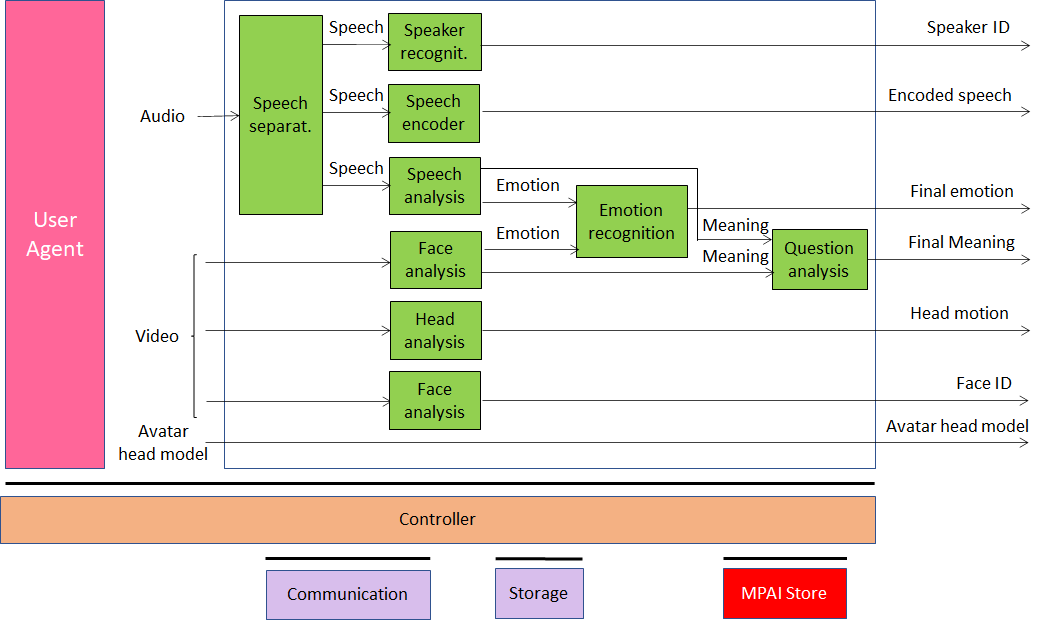 Figure 11 – The Avatar videoconference transmission side

Unlike proprietary solutions that address the needs of the use cases but lack interoperability or force all users to adopt a single technology or application, a standard representation of the ob­jects in a scene allows for better satifaction of the requirements.

It is possible to give a spatial representation of an image that visually impaired people can hear with two headphones as a localization and description medium. It is a conversion (compression) technique from one space to a different interpretation space.

Several potential areas for standardisation are likely to emerge from [22].

A machine that has learnt “typical” service access values for a particular service provider can detect attempts beyond “typical” values.

A machine learns from the data generated by inertial sensors (accelerometer with gyroscope) to distinguish between regular and anomalous vibrations.

This website uses cookies to improve your experience while you navigate through the website. Out of these cookies, the cookies that are categorized as necessary are stored on your browser as they are essential for the working of basic functionalities of the website. We also use third-party cookies that help us analyze and understand how you use this website. These cookies will be stored in your browser only with your consent. You also have the option to opt-out of these cookies. But opting out of some of these cookies may have an effect on your browsing experience.
Necessary Always Enabled
Necessary cookies are absolutely essential for the website to function properly. This category only includes cookies that ensures basic functionalities and security features of the website. These cookies do not store any personal information.
Non-necessary
Any cookies that may not be particularly necessary for the website to function and is used specifically to collect user personal data via analytics, ads, other embedded contents are termed as non-necessary cookies. It is mandatory to procure user consent prior to running these cookies on your website.
SAVE & ACCEPT