This Chapter collects an initial set of Functionalities that some Metaverse Instances are likely to support. The following disclaimer is reiterated:

The Functionalities identified in this Chapter are NOT expected to be provided by ALL Metaverse Instances. The actual grouping of Functionalities and their enabling technologies (Tools) into Profiles will be part of subsequent steps of the process outlined in Chapter 1 – Introduction.

Figure 5 depicts the operation of a Metaverse Instance interacting with the Universe. 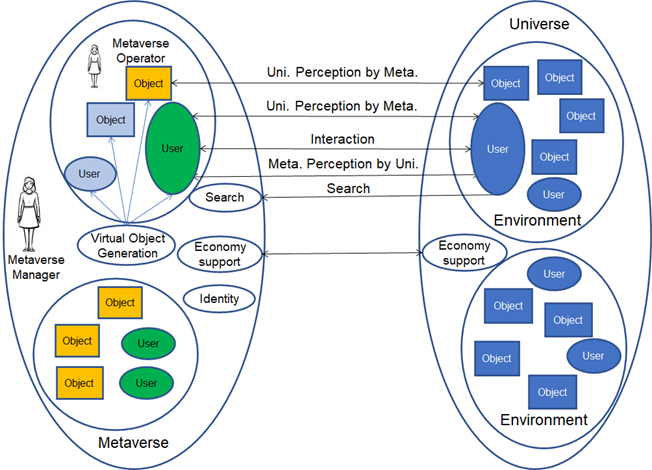 Each of the nine areas is further subdivided into subareas. Each subarea contains Functionalities which are described and then followed by examples, comments, and clarifications (labelled as Comments).