The MPAI Store has been established

Standards specify interfaces between systems. You understand what a reporter’s article says because there is a standard (e.g., Latin or another alphabet) defining the graphical signs. But, understanding the signs may not be sufficient to understand the article if the language used is not yours. Indeed, language is a very sophisticated standard because it intertwines with the lives of millions of people.
MPAI standards are sophisticated in a different way. They refer to basic processing elements called AI Modules (AIM) that can be combined in AI Workflows (AIW) implementing an AI application and executed in an environment called AI Framework (AIF). Users of an MPAI application standard expect that the AIF correctly executes an AI Workflow acquired from a party, an AIW is acquired from another party and the set of AIMs required by the AI Workflow are all acquired form different parties.
This can be done in practice if the ecosystem composed of MPAI, implementers and users is properly governed. The Governance of the MPAI Ecosystem standard developed by MPAI (MPAI-GME) introduces two more ecosystem players: the first is Performance Assessors, potentially for-profit entities appointed by MPAI to assess the performance of implementations, i.e., their Reliability, Robustness, Replicability and Fairness; and the second is the MPAI Store, a not-for-profit commercial entity tasked with verifying security, testing conformance, collecting the results of performance assessment, and guaranteeing that Consumers have a high-availability access to implementations.

The MPAI Ecosystem is depicted in Figure 1

Figure 1 – Actors and relations of the MPAI Ecosystem

This is how the MPAI Ecosystem operates:

MPAI Store members are implementing the legal, technical, and business details that derive from the establishment of the MPAI Store.

Multimodal Conversation is one of the standards for which MPAI has published a Call for Technologies. With it, MPAI gives more substance to its claim to enable forms of human-machine conversation that emulate human-human conversation in completeness and intensity.
The Conversation with Emotion Use Case of the MPAI-MMC V1 standard relied on Emotion to enhance the human-machine conversation. Emotion was extracted from Speech, from the recognised text and from the face of the human. The machine the human converses with produces the text of its response with a synthetic emotion that the machine finds to be suitable for its response.
In MPAI-MMC V2, MPAI has introduced a new notion with a significantly wider scope than Emotion: Personal Status, the set of internal characteristics of a person or avatar. MPAI currently considers Emotion, Cognitive State, and Attitude. It can be conveyed by Modalities, currently: Text, Speech, Face, and Gesture.

The estimate of the Personal Status of a human or an avatar is the result of an analysis carried out on each available Modality as depicted in Figure 4.

The avatar can optionally forward the input text to the PSD. 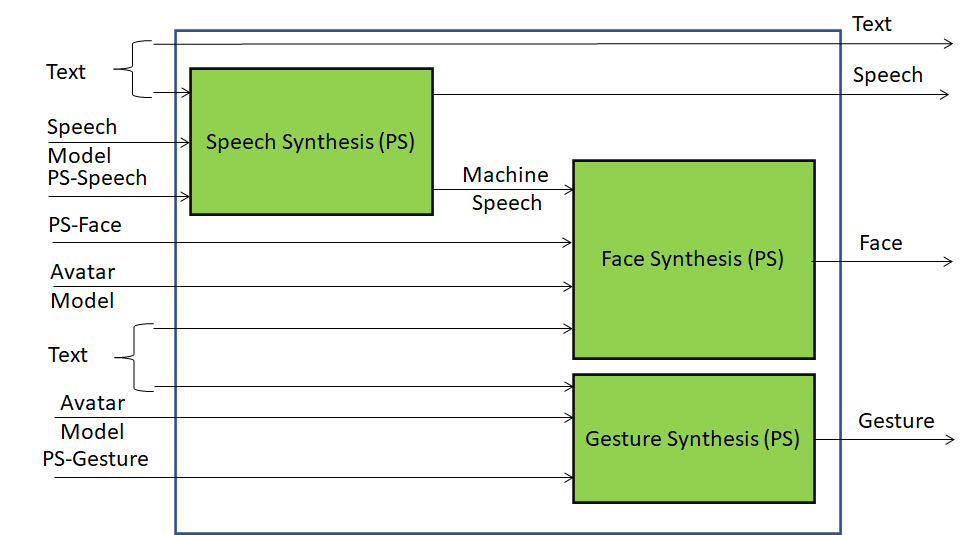 A few months ago, MPAI opened a new project called AI Health (MPAI-AIH). As depicted in Figure 4, the project assumes that an end-user (e.g., a patient) is equipped with a smartphone that has an embedded AI Framework and runs an AIH App (i.e., one or a set of AI Workflows) connected to different data sources, either external sensors or internal apps, and to the AIH System. 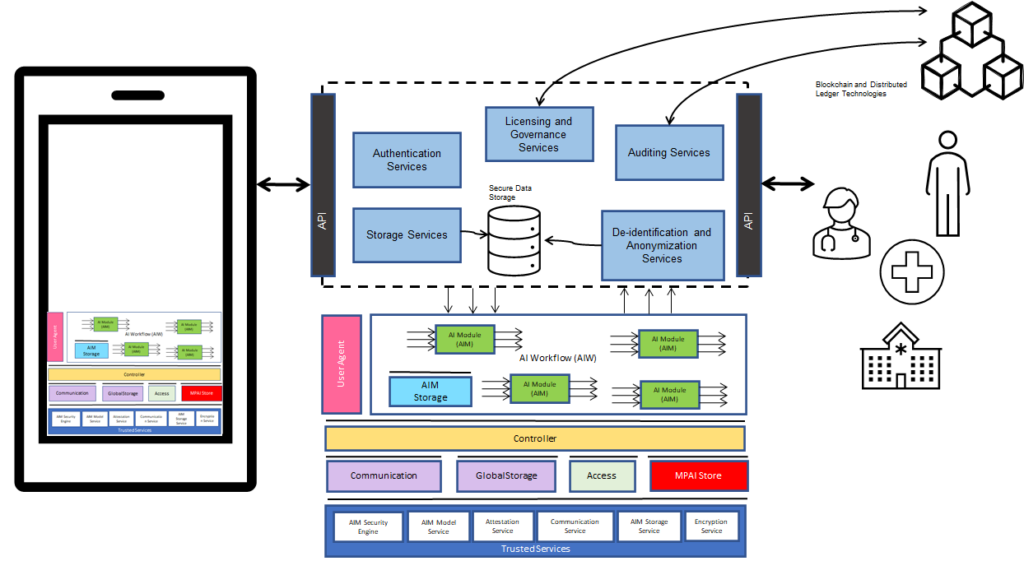 The operation of the end-to-end system is described by the following steps.

The system is complemented by a federated learning process:

This is an example of a large-scale AI system relying on a large number of clients interacting among themselves and with a backend, carrying out AI-based data processing and improving their performance by means of federated learning.

The list of meeting until the 30th of September the date of the 24th General Assembly and of the 2nd anniversary of the MPAI establishment is given below. Non-members may attend the meetings in italic.

We are keen to hear from you, so don’t hesitate to give us your feedback